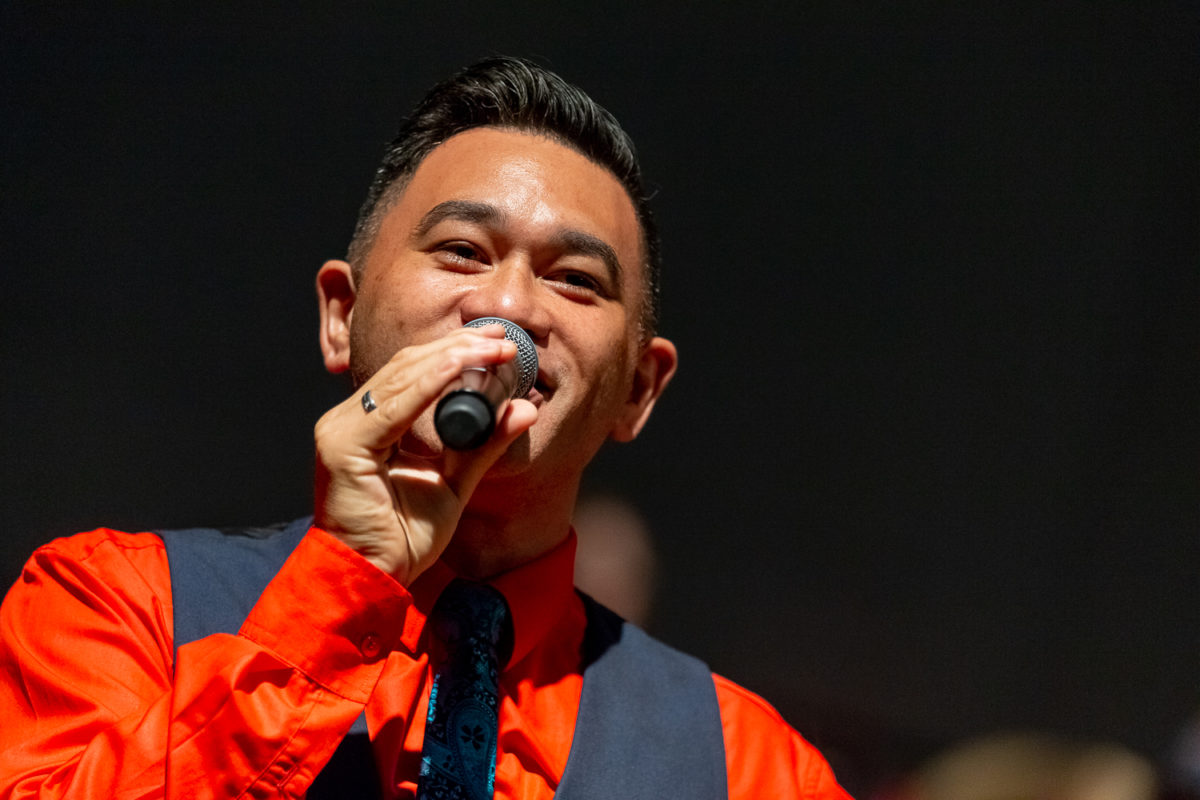 We are delighted Darwin’s own Shalom Kaa will be our guide on our next musical adventure, Around the World in Eighty Minutes.

DSO sat down and chatted with the multi-talented artist and entertainer about what he’s most looking forward to on the upcoming journey, as well as what he’s been up to since relocating to Darwin in 2015.

Tell us a bit about yourself.

SK: I come from a very talented family of Maori musicians, which is a awesome way to grow up. Since moving to Darwin, I’ve had some so many awesome opportunities including theatre, music directing, production, dance and more recently, stand up comedy. At my recent cabaret show at Darwin Fringe Festival, I proposed to my partner of 17 years. He said yes – thankfully!

How will your last experience collaborating with DSO differ to the what’s been planned for Around the World in Eighty Minutes? What’s special about this event?

SK: I’ve loved singing with the DSO in previous events, and I’ve even been a video tech and stage manager for them! As Host for this event, I’m looking forward to having some fun with the audience and the orchestra. Around the World in Eighty Minutes reflects our multicultural community down to a tee!

What do you love most about working with DSO?

SK: To be honest, when I first moved to Darwin, it’s was hard to believe that an orchestra this good, with a population this small, in a town this remote, was even possible. And as high as the calibre is, their sense of community remains intact.

Can you tell us which stop on the upcoming musical journey, Around the World in Eighty Minutes, you are most looking forward to and why?

SK: I have to say Japan. I have seen Taiko drumming before and for me it’s pure theatre. However, I am very much looking forward to the Australian finale!

What are you listening to at the moment?

SK: Postmodern Jukebox. I’m a huge fan and even got a chance to sing with then when they were at the Darwin Entertainment Centre.

What’s the main reason you think people should book a ticket to this unique orchestral ride around the globe?

SK: The world is truly a small place now. Yet, as connected as we are digitally, we are also quite disconnected. So, for eighty minutes, this is a great way to reconnect, though the joy of music.

Shalom Kaa is a multi-talented artist who has always had music and singing in his life. He grew up as part of a large Maori family of musicians who performed throughout New Zealand. Since arriving in Darwin in 2015, Shalom has played and sung in lead roles in musicals Jesus Christ Superstar and Chess. He is also the Music Director for Darwin’s first LGBTQIA choir, True Colours Chorus. Shalom made his acting debut in 2017 in The Crucible and in Darwin Theatre Company’s production of A Black Comedy.  He was the Artistic Director for Darwin Chorale’s Beatles Cabaret in 2016 and ABBA Cabaret in 2017, and in 2018 he wrote and directed Voices of Remembrance: A Territory Story of War and Peace. In 2019, he won Peoples Choice Award and Best Producer for his cabaret show Purple Plastic Maori and also won Artist of the Year at the Darwin Pride Awards. He is the host of the entertainment series The Seen NT and is also one of Darwin’s hottest new stand-up comedians.